For the first time, Robyn is explaining the nature of their relationship. After decades of speculation she confirms that she and Whitney Houston were romantically involved.

In her new memoir, Robyn wrote:

“I’d come to the point where I felt the need to stand up for our friendship. And I felt an urgency to stand up and share the woman behind the incredible talent.”

She explained how she was 19 when she met Whitney Houston who was 16 back in  1980. Both ladies worked as summer camp counselors in East Orange, NJ,

Robyn revealed that Whitney broke things off between them, physically, after getting the deal with Clive Davis. Robyn, explained how Whitney gifted her with a slate blue Bible in 1982 as she told her why they couldn’t be physical.

“She said we shouldn’t be physical anymore, because it would make our journey even more difficult. She said if people find out about us, they would use this against us and back in the ’80s that’s how it felt.”

Robin that Whitney’s mother Cissy was against their romance too.

“Whitney told me her mother said it wasn’t natural for two women to be that close, but we were that close. We never talked about labels, like lesbian or gay. We just lived our lives and I hoped it could go on that way forever.Whitney knows I loved her and I know she loved me. We really meant everything to each other. We vowed to stand by each other.”

For a long time, NeNe Leakes was one of the longest reigning “RHOA” housewives and the highest paid.

On a recent episode of the “Wendy Williams” show, Wendy implied that Kenya was coming after NeNe to get a bigger bag. Kenya quickly corrected Wendy and revealed that:

“Kandi makes the most money. So if I was coming for anyone’s purse or bag it would be Kandi. Kandi is the real HBIC on that show, OK? I’m just a player, I have a nice coin. My little bag I take home at night and it feeds my child very well, so I’m not coming for anybody’s money.”

Kandi is the second longest running cast member of “RHOA” behind NeNe since she joined in season 2. But when you add up all the time spent on-screen, because NeNe took a break from the show during season 8, the two have appeared on the series almost an equal amount of time. 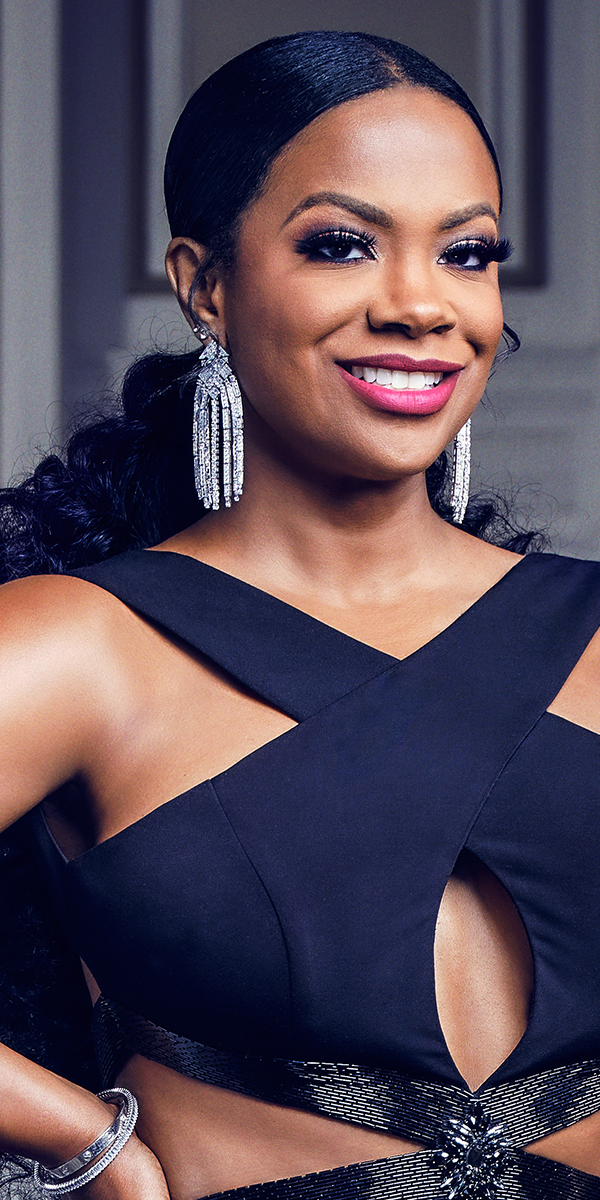 This probably isn’t going to help Kevin McCall’s case. He was arrested following a dispute with a security guard at the Justice Center Tower in Fulton County, GA. Kevin McCall was at the courthouse for a custody hearing regarding his and “The Real Housewives of Atlanta” star Eva Marcille’s five-year-old daughter Marley. He had filed for joint custody back in September.

Kevin McCall was on Instagram Live as he walked into the building and said,

A security guard then approached McCall and addressed him being on his phone. McCall said,

“I understand. I’m not FaceTiming. Mind your business sir.”

Things then got heated between the two as McCall threatened him.

#KevinMcCall was on his IG Live at a courthouse hearing for custody of his daughter w #EvaMarcille. He was arrested shortly after this video for an altercation w a security guard. pic.twitter.com/u0gp3oe3F0

Police later said that he swiped at a sergeant’s hand and later broke free after backup arrived to the scene in an effort to detain him. McCall and the sergeant then fell down an escalator as police tried to seize him again.

Meek Mill and Swizz Beatz were in attendance and posted on Instagram about their lavish gifts:

“Hov sent these as VIP passes SMH this rich sh*t getting out of control,” Meek wrote.

Swizz shared a picture of his new wristwatch alongside a bottle of champagne from JAY’s brand Ace of Spades: “Hov is on another level with the invite game. It came with a Daytona Rolex and a bottle of Ace.”