Omarion has been praised and mimicked for months over how he has graciously handled news of his former friend / band member, Lil Fizz, dating the mother of his children, Apryl Jones. People thought that he might have felt betrayed. But that was not the case at all.

Instead, Omarion has consistently taken the high road. When rumors started to swirl, he was on vacation living his best life.

When asked how he felt Omarion said:

“I don’t feel no ways, I don’t feel any way about it. I think that if they’re happy, then they should be happy. I think they should change the narrative though because what they’re doing—because if it’s their so-called happiness. I shouldn’t be a part of that.”

Yesterday, on what happens to be Lil Fizz’s birthday, Omarion announced that he is headlining a the Millennium Tour, this time without B2K. The new lineup will feature Bow Wow, Sammie, Lloyd, Pretty Ricky, Soulja Boy and Ying Yang Twins. 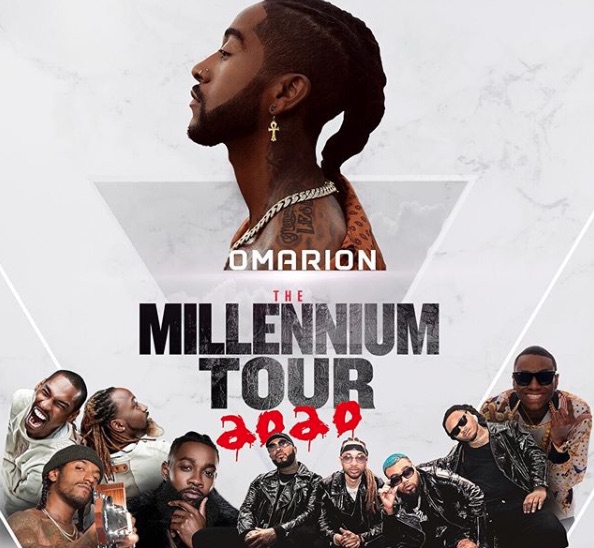 Dennis Graham is hoping to film his search for love as the father of Hip-Hop star Drake. He is currently pitching the show to potential networks. So far Vice and WE tv are considering. ⠀⠀⠀⠀⠀⠀⠀⠀⠀⠀⠀⠀⠀⠀⠀⠀⠀⠀

Aside from trying to find love, the series will also shine a light on Graham’s glamorous life from driving luxurious cars, clubbing, and anything else that comes along with being Drake’s dad. ⠀⠀⠀⠀⠀⠀⠀⠀⠀ Reports began to surface a few days ago, after a social media page pretending to be Joycelyn Savage revealed she would be sharing her story about her alleged relationship with R Kelly.

There were approximately more than 1,800 users that signed up for a membership to witness Savage share her alleged story about her relationship with R. Kelly.

Now days later after unsuccessfully being able to verify if Savage is truly the voice behind the account, the page has been removed from Patreon.