Fans are learning a lot about Rihanna from her recent cover story with Vogue. 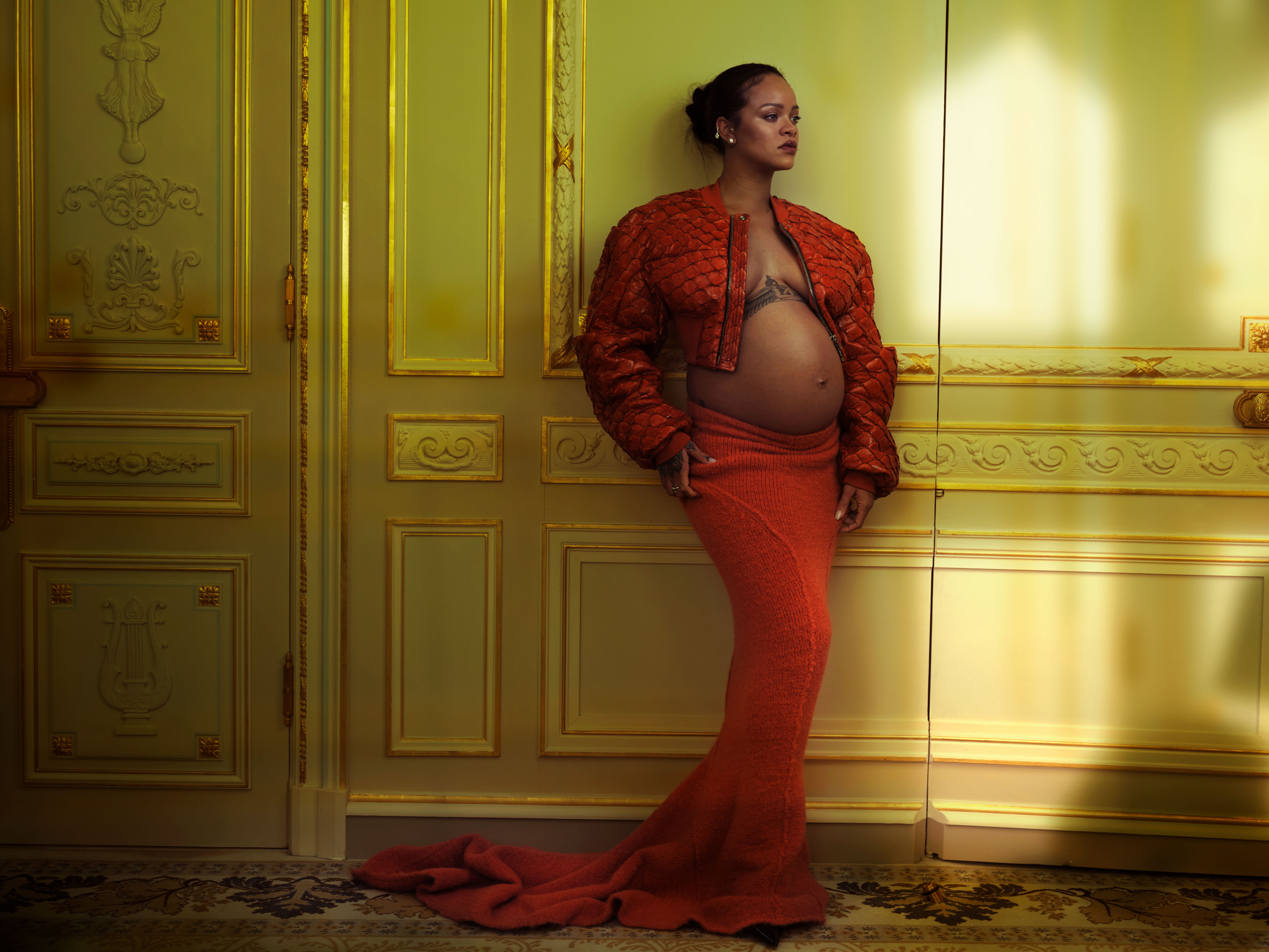 As she gets ready to give birth and change her life completely, the billionaire businesswoman covered the prestigious magazine while showing off her growing bump. In the pages of the magazine–and the internet–Rih opened up more than ever before about her relationship with A$AP Rocky, talking about their journey to having a baby together.

When the Fenty founder finally returned to Barbados following COVID shutdowns, she brought her boyfriend, meaning introducing the rapper to her family. Luckily, it went really well.

“My mother has a really good read on people,” Rihanna told the mag. “She observes first and then she’ll move slowly. I guess I’m like that too. There are some guys that I’ve dated that she won’t even look at to this day. But she was charmed by him from the jump.”

On the subject of Barbados, the “Diamonds” singer says she’d love to raise her child(ren) there, but admits it’s unrealistic.

“Rocky asked me recently if I had a dream place, where would it be? I told him home, Barbados,” she revealed. “I always imagined it being that way. But realistically it probably won’t be.”

Of course, the makeup mogul also had to talk about her pregnancy craving, revealing how her taste has changed along with the rest of her body.

“I usually hate desserts, but all of a sudden you come close to me with a chocolate-​covered donut and you’ve got my heart forever,” she told Vogue.

Another favorite snack during this 9 months has been tangerines sprinkled with salt.

“It has to be with salt and only with salt, because in Barbados we take our fruits to the ocean and soak them,” she says. “Trust me, it really is a thing.”