The jailed star of the Tiger King series wants to be pardoned by President Trump.

According to TMZ, “Joe Exotic, aka Joseph Maldonado-Passage, wants to be freed from his 22-year prison sentence in a murder-for-hire plot. 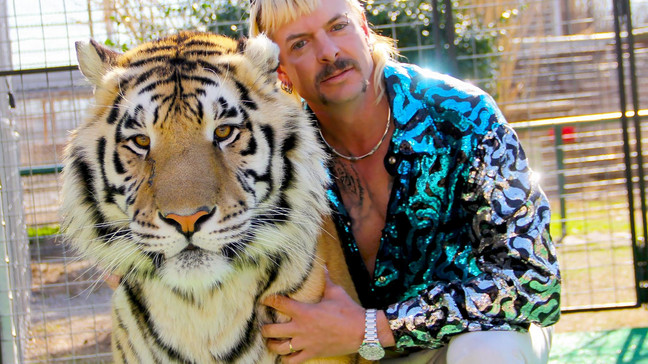 TMZ reported he sent a 257-page argument to the president, which read in part, “Please be my hero.”

The president said he’s take a look at the case when asked about a possible pardon earlier this year.

It’s not the first time Joe Exotic has reached out for help. In June, he asked Donald Trump Jr., for a pardon.

The Tiger King series became popular on Netflix this year, prompting a new look at the 1997 disappearance of Jack Donald “Don” Lewis, the husband of Big Cat Rescue owner Carole Baskin. She was the target in the murder-for-hire plot.

Baskin will star in an upcoming “Dancing with the Stars” series later this month.