“Hurricane Isaias” Here’s What You Could Experience In Your Neighborhood!

With Hurricane Watches and Tropical Storm Warnings now in effect for our area, you may be wondering what’s to come for your neighborhood.

Here’s what the latest thinking from your CBS 12 StormTrac Weather Team is. 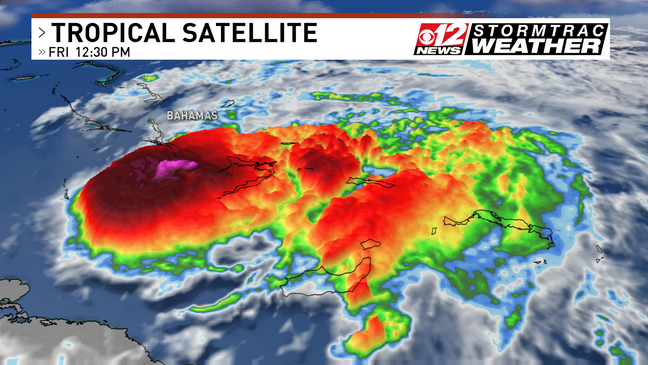 Treasure Coast Bottom Line: Confidence in impacts along the Treasure Coast continues to increase, including the threat for sustained Tropical Storm Force winds with Hurricane Force wind gusts. One to two inches of rain are likely for much of the Treasure Coast, most likely closer towards the coastline. Some areas may see isolated totals up to 4 to 5 inches of rain. Storm Surge may reach one to two feet in inlets and along the Atlantic coastline, resulting in beach erosion. The tornado threat remains very low. 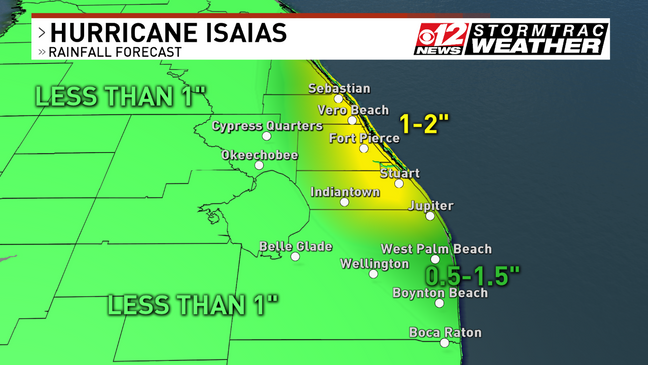 Rain: With the current track, the Treasure Coast is likely to see the highest rain totals. Regardless if the storm moves onshore or not, the Treasure Coast is likely to see the closest approach of Isaias, which brings the core of the storm closest to the coastline. That means heavy rain bands are more likely in these areas. Most locations are likely to see rounds of rain starting Saturday evening and lasting through Sunday afternoon. The heaviest of the rain is likely after 10pm on Saturday and lasting through 6AM on Sunday. Most locations will see one to two inches of rain, but any heavier bands – or if the core of the storm shifts onshore – will lead to localized amounts up to 5 inches.

Wind: Because of the close approach of the storm, we are likely to see strong winds up to 35 to 40 mph sustained, especially starting Saturday Night through about 10AM Sunday morning. Any time a band moves onshore, you can expect Tropical Storm Force wind gusts of 50 to 55 mph, but a stray Hurricane Force wind gust up to 75 mph cannot be ruled out. The highest winds will be found at the coastline. If you are even 5 to 10 miles away from the coast, you can expect significantly less wind speeds, with sustained winds between 20 to 25 mph and gusts up to 40 at times. 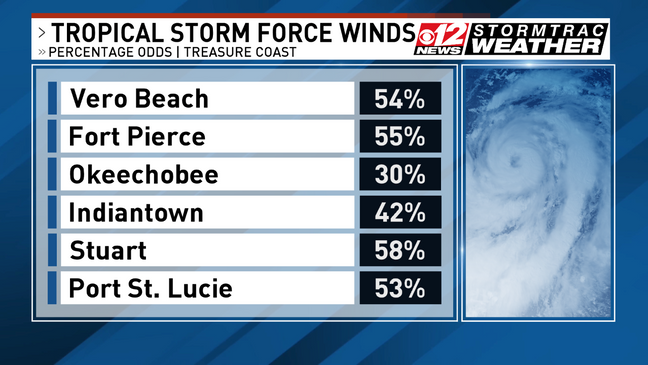 Storm Surge: With the close approach of the storm along the Treasure Coast, and with the expect strength of the storm, we can anticipate one to two feet of storm surge along the Treasure Coast’s Atlantic beaches and some of the area inlets. This will cause beach erosion but should not cause significant issues to property. Storm surge is the rise of water above normally dry ground.

Palm Beach County Bottom Line: Confidence in impacts across Palm Beach County has increased but remains lower than the Treasure Coast. Threats include sustained Tropical Storm Force winds with Hurricane Force wind gusts. Up to one to one and half inches of rain are likely for parts of the county, most likely closer towards the coastline and north county. South county is likely to see lower rain totals. Storm Surge may reach up to one foot along the Atlantic coastline, resulting in beach erosion. The tornado threat remains very low. 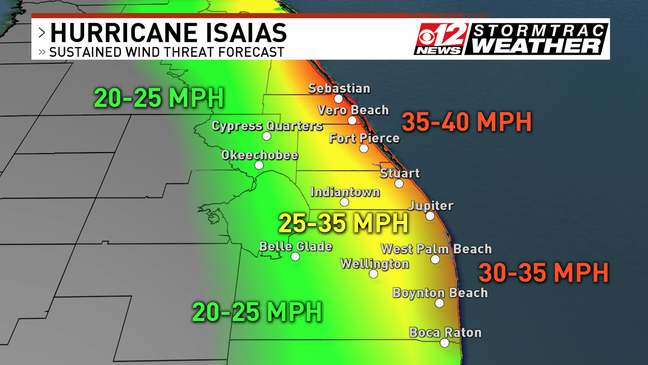 Rain: With the current track, Palm Beach county is likely to see a wide range in rain totals. Across south county you could see rain totals up to one inch while north county will likely see one to one and a half inches of rain through the event. Rain totals taper off significantly the farther west you move, so interior parts of Palm Beach county, back out through Wellington and Belle Glade are likely to see only up to one inch of rain, at best. 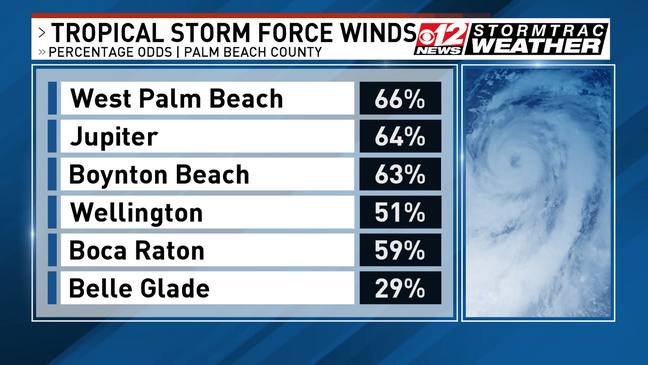 Wind: The strongest winds across the area are likely to arrive Saturday afternoon and continue through pre-dawn Sunday morning. The center of the storm is likely to pass to the north or just offshore of Palm Beach County. That should limit our wind potential some, with sustained winds of 30 to 35 mph along the coastline. Interior parts of Palm Beach county within 10 miles of the coastline will see sustained winds between 25 to 35 mph and far interior portions, back near Lake Okeechobee could find sustained winds of 20 to 25 mph. The wind will taper greatly the farther west you go. Strongest gusts will be felt at the coastline with occasional gusts of 45 to 50 mph. A Hurricane Force wind gust or two is possible, but that’s primarily for northern Palm Beach County and at the beach or coastline. 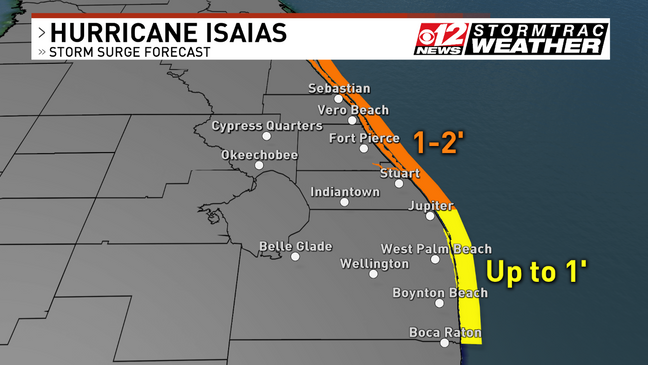