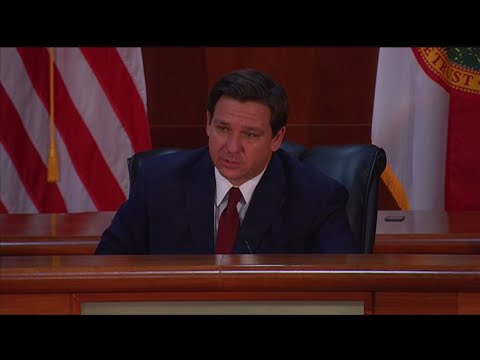 The Legislature’s delivery of the budget came a day after DeSantis warned that he will use his line-item veto power to slash the spending plan to help address a coronavirus-fueled loss in tax revenues. He said such cuts could help keep lawmakers from having to readdress the budget before the November elections.

Lawmakers passed the record spending plan March 19 for the fiscal year that starts July 1. But it was not formally sent to DeSantis until Wednesday.

The plan (HB 5001) includes money for many priorities of DeSantis and legislative leaders.

The largest chunk of the budget, $39.36 billion, would go to health and human-services programs.

The budget, in part, would boost Medicaid payment rates for nursing homes and funnel additional money to the state Agency for Persons with Disabilities. It also includes $10 million for the Agency for Health Care Administration to hire a contractor to assist with a Canadian prescription-drug importation program championed by DeSantis.

In the closing weeks of the legislative session, Republican leaders set aside an additional $300 million in reserves to help brace against the economic slowdown caused by the coronavirus, which forced businesses across the state to shut down or dramatically scale back.

Though he didn’t formally receive the budget until Wednesday, DeSantis said his office had already been targeting areas of spending to cut. It also has been identifying areas in agency budgets that can be held back on a quarterly basis and allocating federal stimulus dollars to cover pandemic-related costs.

As he looks to hold onto cash, DeSantis said, for example, he will move millions of unspent dollars in an economic-development program known as the Job Growth Grant Fund from the current year to the upcoming year’s general revenue.

The Legislature had largely finalized the budget when the devastating effects of the pandemic began to become more apparent, with theme parks ultimately closing, the tourism industry cratering and unemployment soaring into double digits.

A late May report from the Legislature’s Office of Economic & Demographic Research said revenue collections in April were more than $878 million below estimates, with a large chunk of the drop due to the decline in tourism. Figures for May have not been released.