“Deadline” To Participate In “US Census” Moves Up! 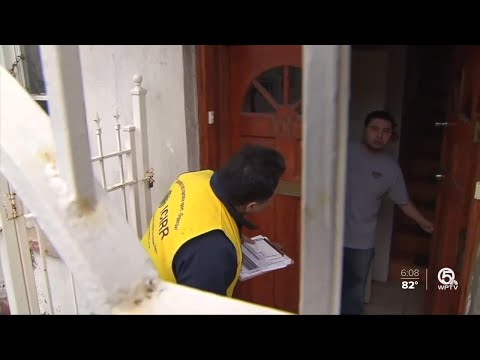 There is renewed urgency to fill out the 2020 U.S. Census forms as there may now be less time to complete the nationwide headcount.

The U.S. Secretary of Commerce announced Monday that there is a new target date to end the 2020 census data collection period, through door-knocking efforts and self-reporting, from Oct. 31 to Oct. 5.

Martin County Commissioner Stacey Hetherington is among those tasked with getting as many people as possible to participate in the census. She is the commission appointee to sit on the county’s complete count committee.

“Everything is changing by the minute,” Hetherington said. “We were thinking we had until the end of October.”

The announcement comes as the county was planning more efforts to contact harder to reach populations and encourage them to participate.

“What we’re reaching right now is the really hard to count areas. It’s imperative that we count those areas, so I think another couple of weeks would be largely beneficial in these hard-to-reach areas,” Heatherington said. “We had planned a mask distribution and census community outreach for the end of the month, which really just got canceled because they moved the deadline up.”

Right now, Martin County has about 67.7% participation in the census. Heatherington’s goal was to be closer to 80%.

She explained every 10% of participation accounts for about $25 million in federal money that could benefit the community “for infrastructure, for school lunches, for fire departments,” Heatherington explained.

“We’ll just work as hard as we can from now until the deadline to try to get as complete of a count as possible,” Heatherington said.