Coco Gauff announced on Sunday that she will miss playing at the Tokyo Olympics after testing positive for COVID-19.

The 17 year old Gauff announced the news via Twitter, less two weeks removed from reaching the the fourth round at Wimbledon.

“It has always been a dream of mine to represent the USA at the Olympics.” tweeted Gauff. “And I hope there will be many more chances for me to make this come true in the future.” 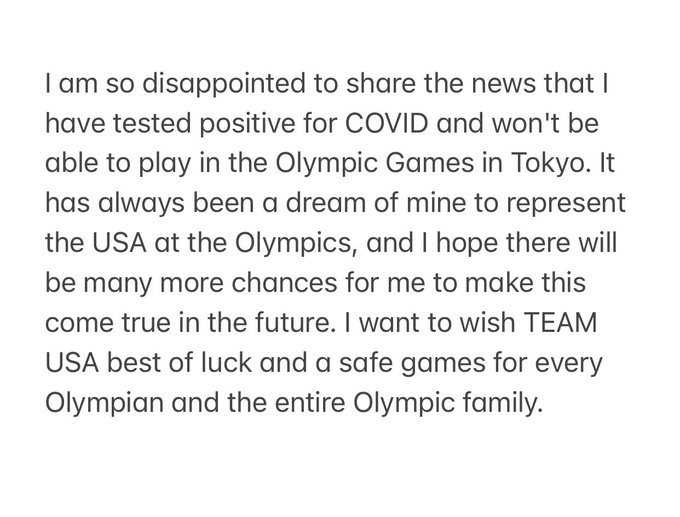