“Breast Cancer” Survivor Urges Others To Get “Annual Screenings”! 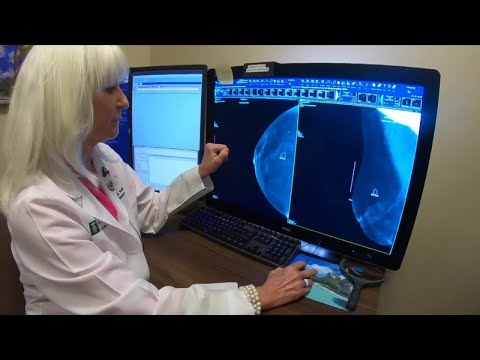 Shaniqua Martin was just two days shy of celebrating her 29th birthday when she got the call that would turn her world upside down.

After noticing a lump on her breast during a self-exam, doctors confirmed she had ductal carcinoma in situ or DCIS. That means the cells that line the milk ducts of the breast have become cancer, but the disease had not spread into the surrounding breast tissue.

“I got the diagnosis in August. I found out I was pregnant in September. Surgery was in November. The only thing that stopped us from going right away was that I was pregnant. I had to wait until I was 13 weeks to make sure that once we do go into surgery the baby would be okay.”

Thankfully, Martin’s surgery was a success and next month will mark one-year cancer-free.

She says she knows how lucky she is to have caught the cancer early. Her message to others: trust your body and don’t ever think cancer can’t happen to you.

“When you feel that something is off with yourself and you’re scared, go immediately because you being scared of something or the news about what it could be and worrying yourself is only stressing the body even more.”

Doctor Courtney Hoey, a radiologist at Good Samaritan Medical Center’s breast institute says although breast cancer in young patients like Martin is rare, it is possible.

Only about four percent of women diagnosed are under the age of 40 which is why doctors recommend annual screenings starting at that age.

But if you have a family history or a genetic mutation that puts you at a higher risk, mammograms are recommended earlier; that’s something to discuss with your doctor.

Dr. Hoey says the message remains the same across all age groups, do not put off your annual screenings. If something doesn’t look or feel right, take action as early detection can truly save lives.

“The earlier we can pick up a cancer, the more likely that we will be able to cure it with the least invasive treatments,” she said. “If we pick up a cancer when it’s small and it’s early, you can have a lesser surgery. You may not need chemotherapy. Quicker recovery time. Better prognosis.”