First, they had to scrub the wall, prep it, and then their vision began to take shape.

“We were given a theme, which is ‘love comes naturally,’ and we wanted to emphasize different forms of love and how they’re all equal with the different plants,” Jaclyn Cohen said.

Working on the newest mural in downtown West Palm Beach are three artists from the Dreyfoos School of the Arts.

The young artists got wind of that the West Palm Beach Downtown Development Authority was looking for artisans to paint a mural on the side of Duffy’s.

“So, we all looked into it and decided we wanted to try out. And then we entered the contest, submitted our design and we gratefully won,” Kyra Kramer said.

Sherryl Muriente works for the Downtown Development Authority. She said multiple designs were submitted but the three high schoolers won. 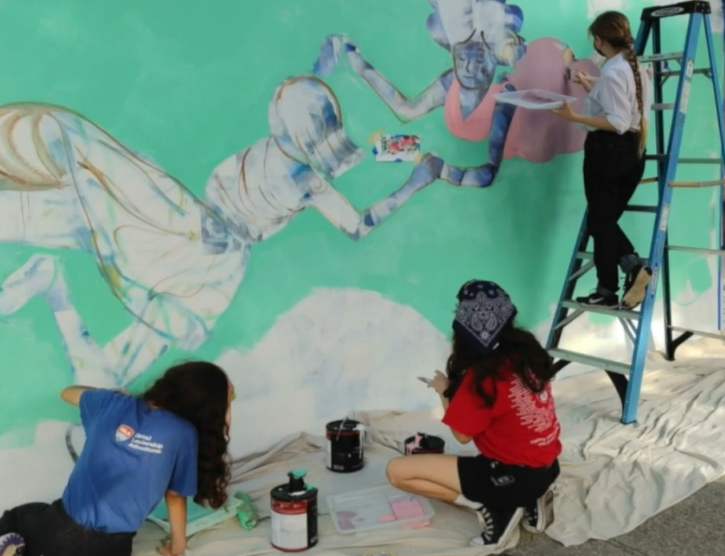 “When we take these to the committee, the committee doesn’t know their age,” she said. “They don’t know who they are they. Just know, like, it’s a team of artists or a single artist.”

The budget for the project was a cool five grand and had to be completed in 14 days.

“We started last Saturday; I don’t remember exactly what date that was, but we’ve been working on it for seven days and I think a total of 50 hours,” Gyongy Szasvarosi said.

Friday the three put the finishing touches on their masterpiece — an interpretation of “love comes naturally.”